Many centuries ago, it was unthinkable to be able to do many of the things that are possible today thanks to technology, all this has been done with the same purpose which is to make people’s lives easier and to satisfy basic needs more efficiently. One of the most significant advances achieved through arduous research, and of which this essay will be the protagonist, is the creation of 3D characters generated by Software and Hardware. Nowadays, 3D animations can be seen in many media, the main ones being cinema, audiovisuals and video games. The incursion of the 3D in this last one has done more satisfactory the experience of the players at the moment of entering a video game, and it is not for less, thanks to this they have a great quantity of benefits for the user explained later.

The characters within a video game are endowed with great importance, are the main factor at the time of playing, they tell a story and if they are done properly, interesting and attractive, you can get to identify with it and a strong emotional connection, (which is what we are looking for mainly) to spend hours and hours playing with the same character. 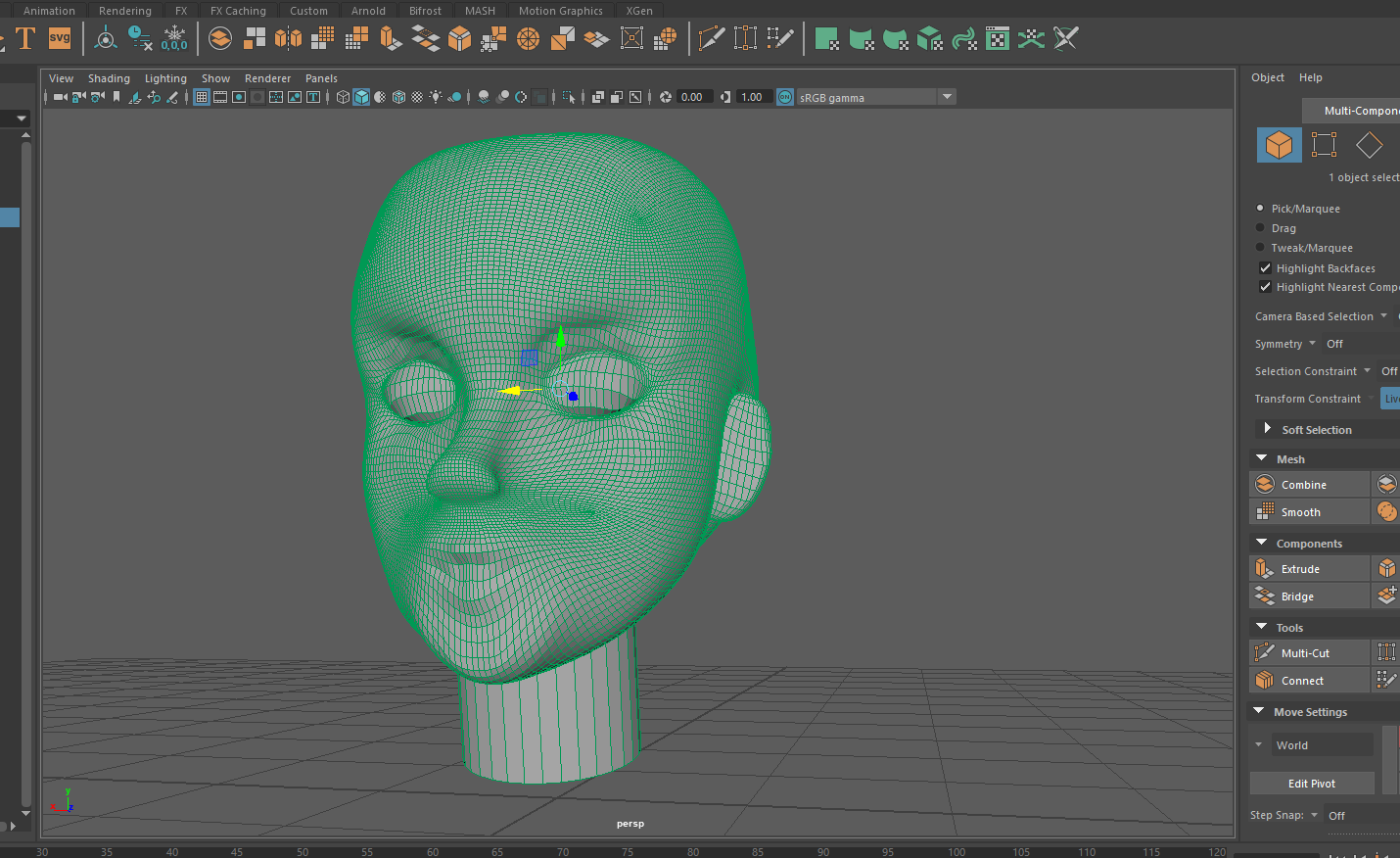 The character creation industry has made great progress through decades; this is evidenced by seeing the first video games in the 80’s (golden age of video games), where these were built from 2D pixels; and reaching the 90s began the modeling of the first 3D video games, this was first of all possible thanks to the evolution of gaming consoles, which in its wake brought new technologies, such as characters composed of meshes of few polygons and basic textures, which today are not at all attractive due to technological limitations of that time, but at that time were everything. Nowadays the modeling of these characters comes to have thousands of polygons with complex textures, giving a greater realism even exceeding reality in some cases. Another aspect to mention where this evolution is clearly evident, are the animations of these, when before it was only possible to perform actions such as jumping, running and attack, today thanks to the software created, allows developers to animate more easily and create movements of greater fluidity. Usually the video games that make more use of 3D characters, are those of fiction, where the characters have various “super powers” and extraordinary skills, it is often difficult to achieve the effect you want to achieve in the audience with a 2D character, however, with 3D modeling is possible to create anything as impossible or unreal that is a character, this being another of the many benefits.

We see, as well as has been a great evolution achieved through decades and years of effort, but it is a giant industry that does not stop, is constantly innovating and updating, and thanks to it we find in video games a place to escape from reality and live in an imaginary world, a place where we have fun, without limits of anything.